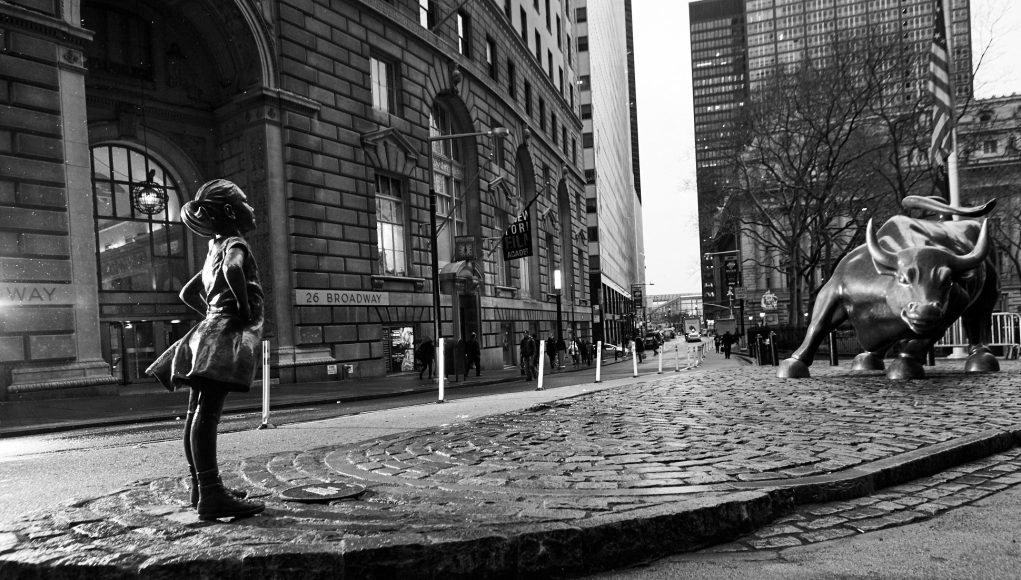 The Wall Street Bull is one of the most iconic pieces of art in America. It sits at the intersection of Broadway and Morris streets, steps away from Wall Street in Bowling Green Park, part of the world-famous Financial District in New York City. Tourists from all over the world come looking for the bronze bull.

It’s an impressive structure, placed illegally on the small park’s cobblestones after the market crash of 1987, to bolster the spirits of traders and to show a defiant American spirit.

In honor of International Women’s Day, a $2.5 trillion global investment firm commissioned a copper statue of an equally defiant girl, and placed her several yards in front of him, arms on her hips, staring down the symbol of Wall Street. 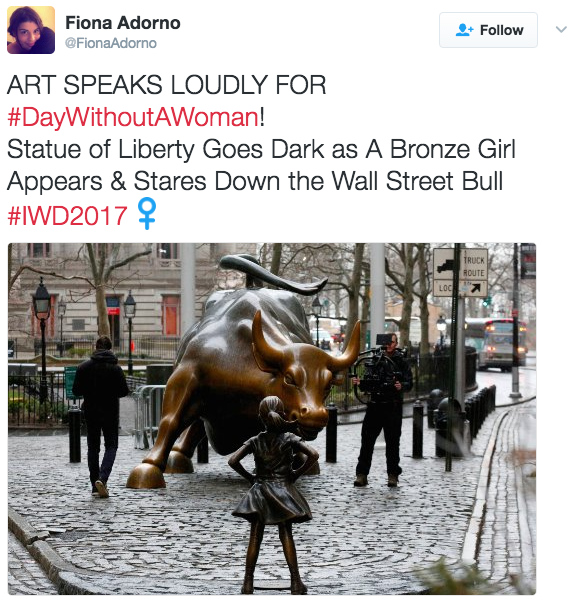 “Know the power of women in leadership,” the statue’s plaque reads. “She makes a difference.”

It’s an important statement. State Street wants more women on the boards of directors of the 3500 companies it invests in.

“We believe good corporate governance is a function of strong, effective and independent board leadership,” Ron O’Hanley, president and CEO of State Street Global Advisors, said in a statement, AdWeek reports. “A key contributor to effective independent board leadership is diversity of thought, which requires directors with different skills, backgrounds and expertise. Today, we are calling on companies to take concrete steps to increase gender diversity on their boards and have issued clear guidance to help them begin to take action.”

The Wall Street Bull was guerrilla art – despite its 7100 pounds and $360,000 price tag, it was dropped on the park without a permit or city approval. Residents demanded the city let it stay, and the City of New York acquiesced.

State Street’s Fearless Girl is Guerrilla Marketing, or Viral Marketing, as Axios notes. While McAnn NY, the advertising agency that worked with State Street on the project was able to obtain a permit, it’s only for one week. They’re hoping to get an extension. 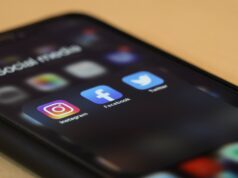 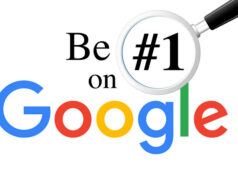 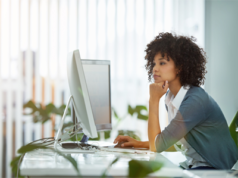 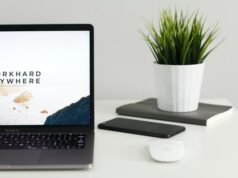 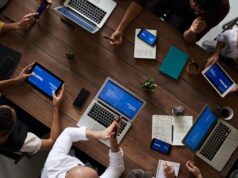 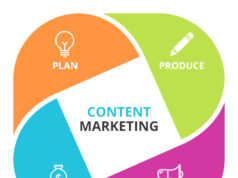 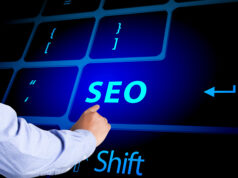 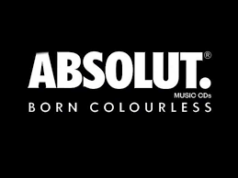 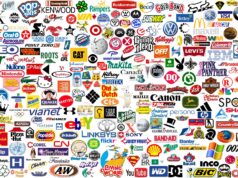 OPINION: THE GOOD LIFE HAS CHANGED 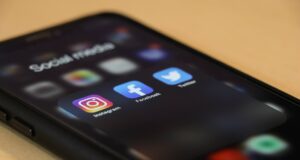